Since regular flooding and the debris it brings would jeopardize support pedestals, the bridge spans a 50 meter gap (164 feet) without pedestals.
It was built without heavy I-beams or channels, typical for a bridge that length, making it a unique engineering and fabrication challenge. 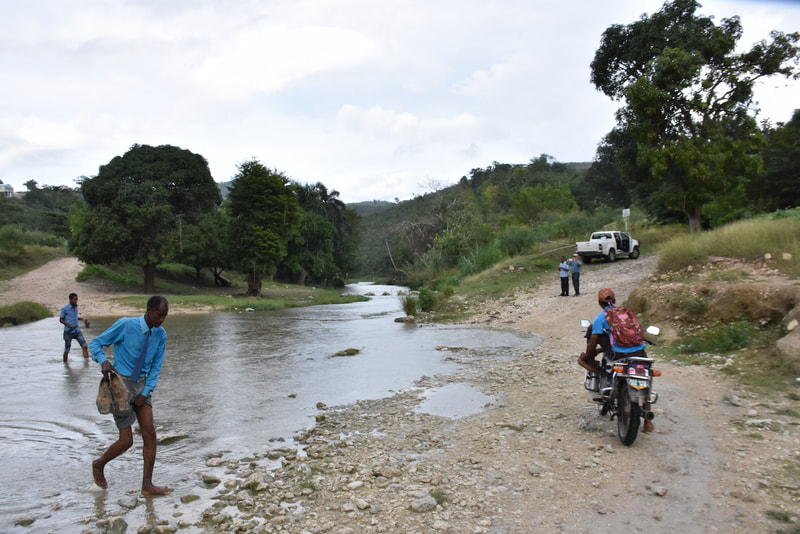 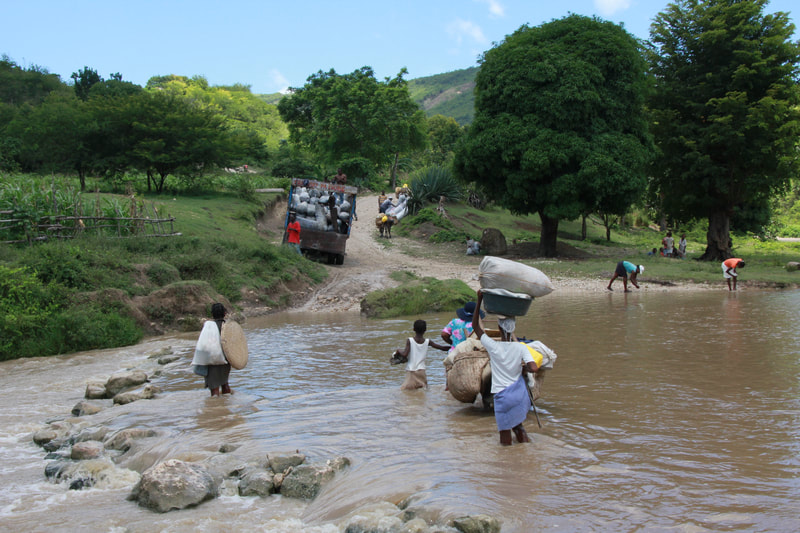 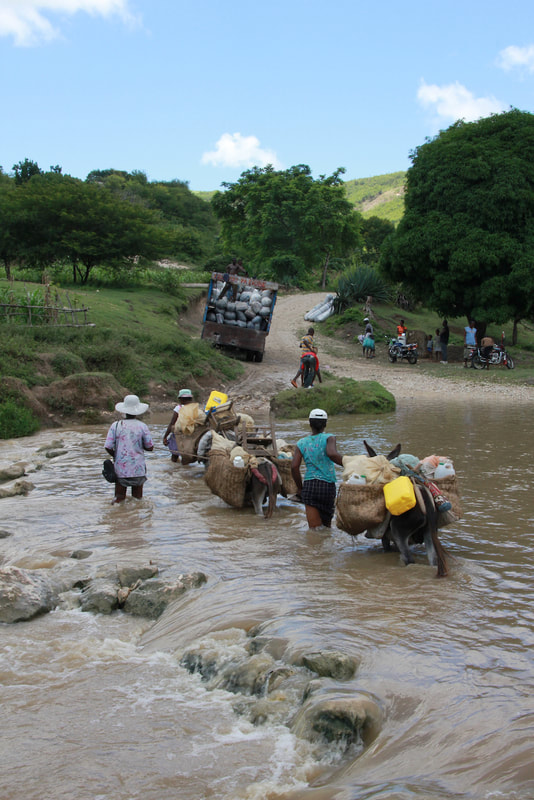 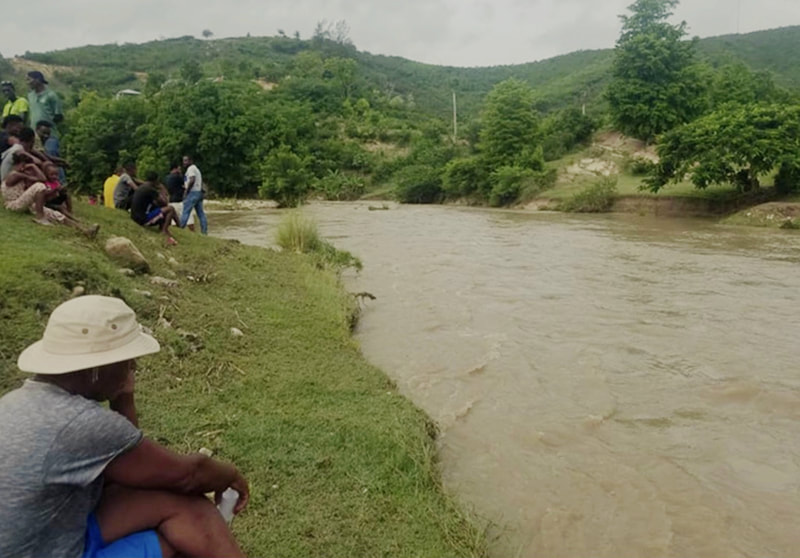 During seasonal rains this peaceful stream can rise ten feet or more, effectively cutting off Belle-Rivière from the rest of the world. We can alleviate much of the danger and disruption by building a pedestrian bridge across this river.  Twice a year the uncertainty of high water increases risk and interrupts the living pattern
at B-R. The market, schools, and most other daily activities must be put on hold while the water recedes. 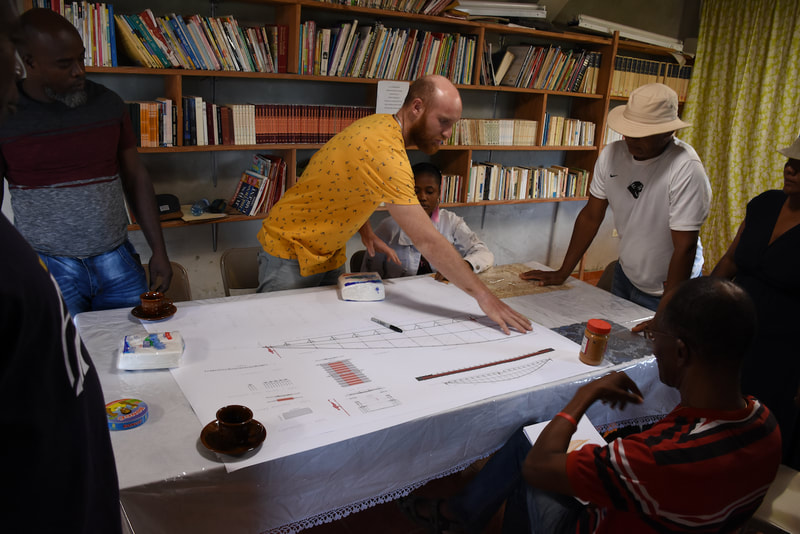 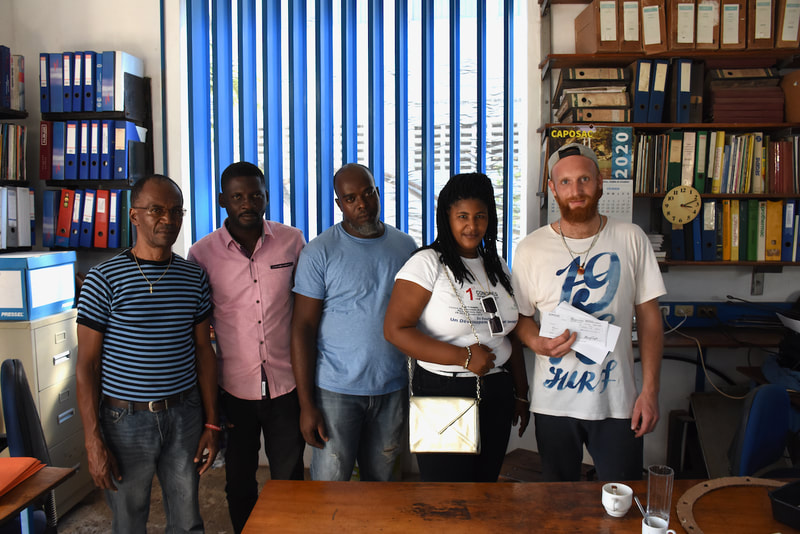 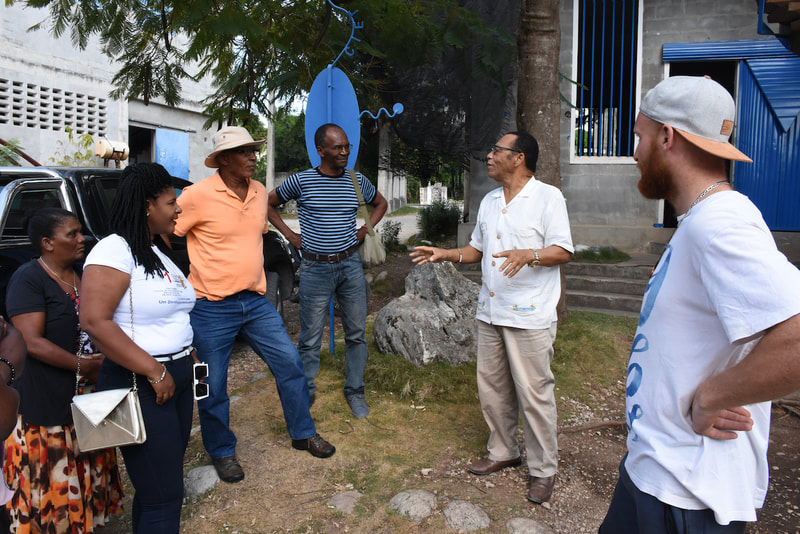 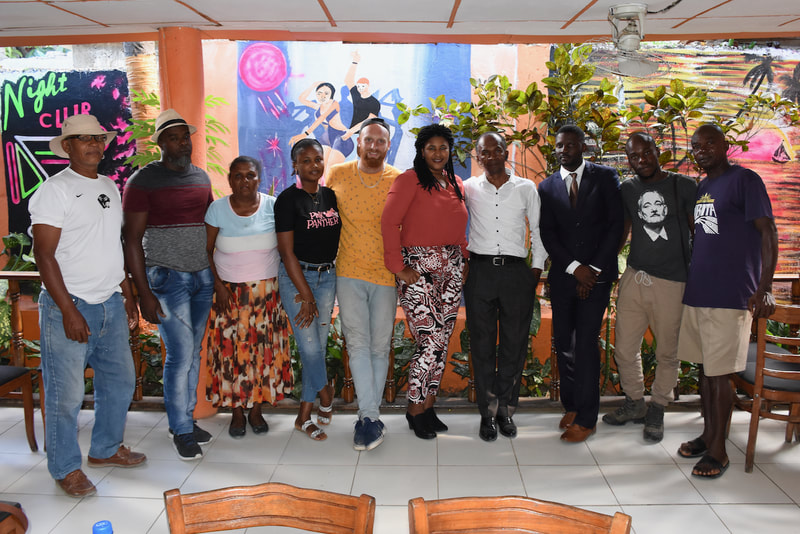 After a long search for an in-country source which can provide design, fabrication, and construction of such a bridge, FBR found a French-based organization called NORIA which provided a design to the fabricator, Les Passerelles D'Haiti (LPH), working in a training and manufacturing facility operated by Les Ateliers Ecoles de Camp-Perrin (AECP). AECP specializes in training local craftsmen in a variety manufacturing techniques using heavy machinery rarely found in other places in Haiti. Noria provides designs which fit the capabilities of the AECP facility. While working in Haiti, Justin Ponthenier, a French architect, formed a team of local craftsmen called Les Passerelles D'Haiti (LPH), which is particularly dedicated to building bridges. The unique collaboration of these three organizations resulted in a 50 meter footbridge which could well become a prototype for similar river crossings all over Haiti.

Their intent is to create jobs so they specialize in doing work by hand rather than by automation. The bridge design will capitalize on lightweight folded steel rather than typical structural steel elements. The bridge will be made of "CORTEN" or weathering steel and thus maintenance free. Though primarily for pedestrians, motorcycles, and animals, the bridge will accommodate small emergency vehicles on a limited basis. 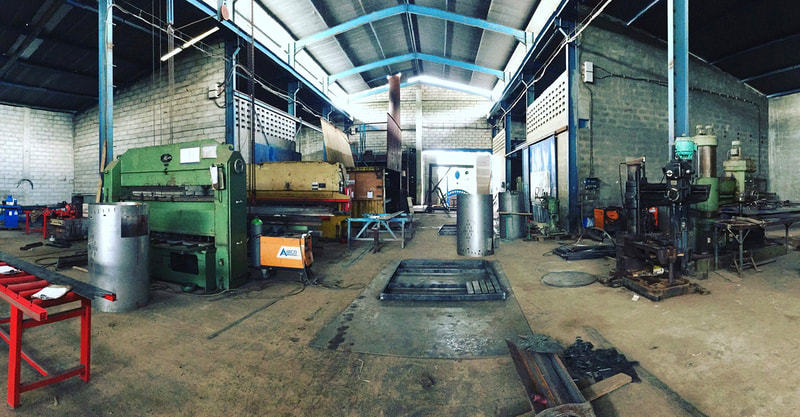 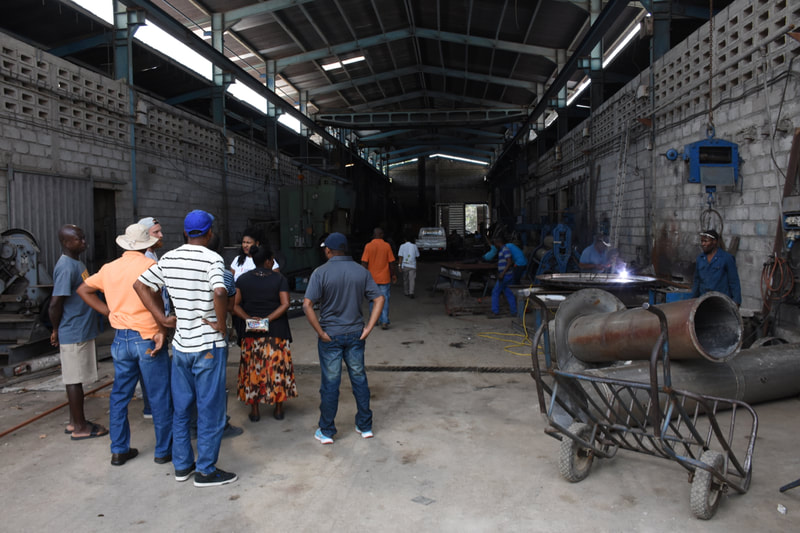 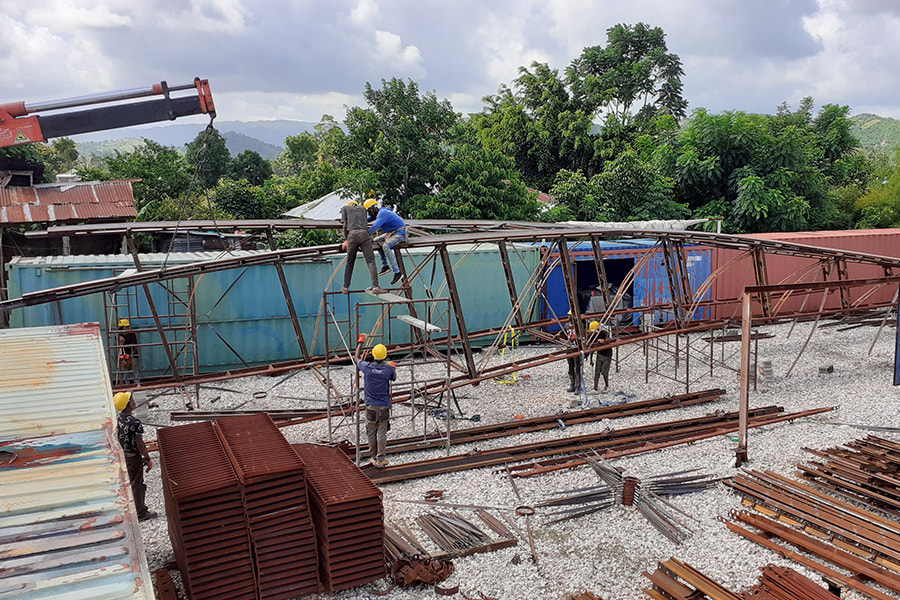 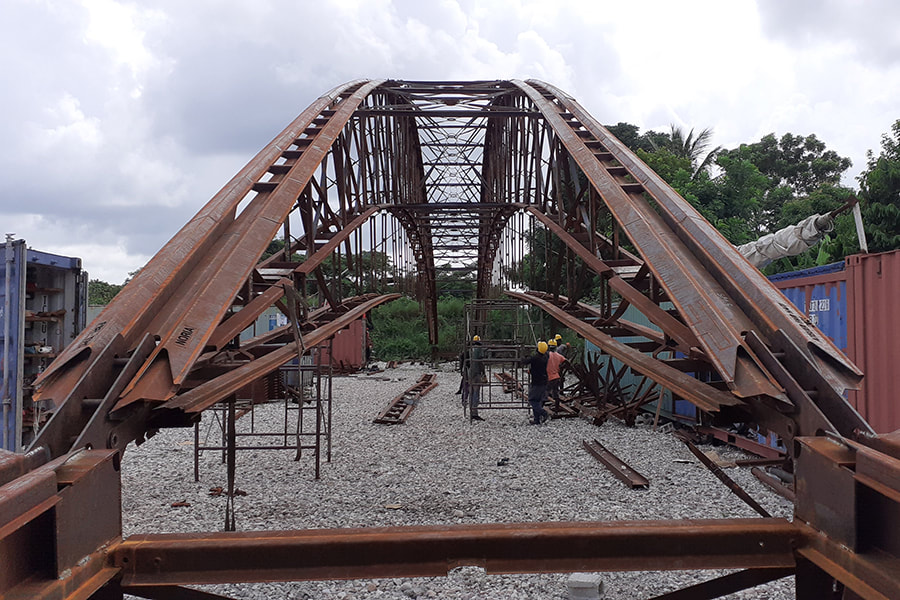 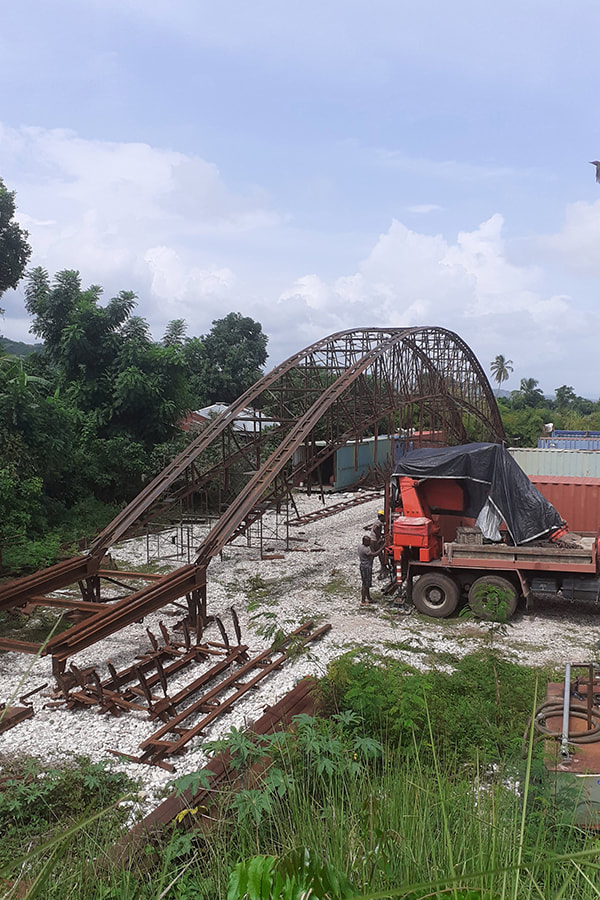 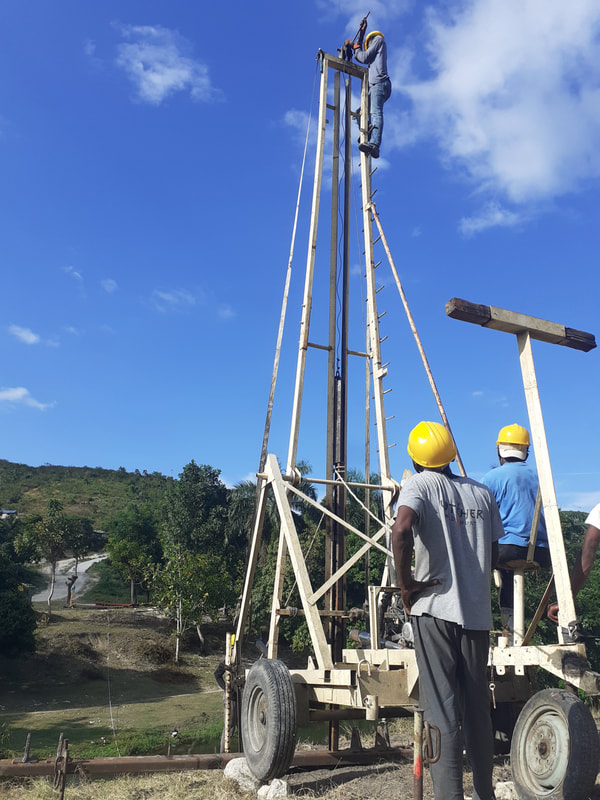 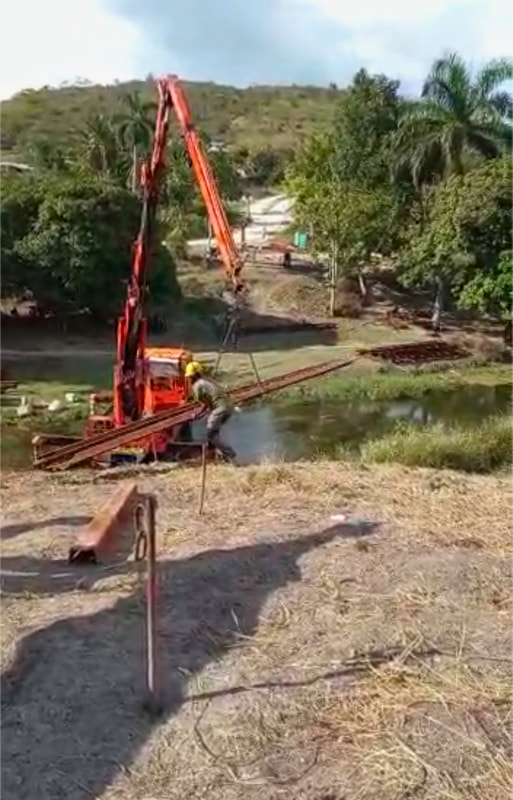 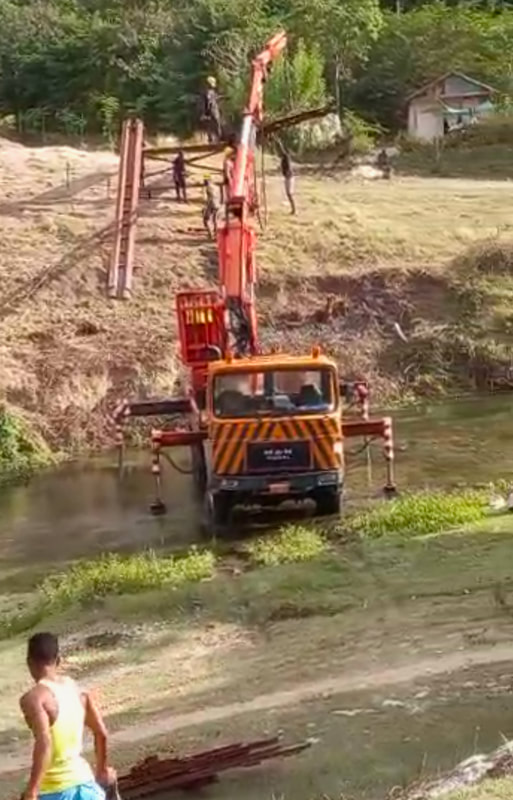 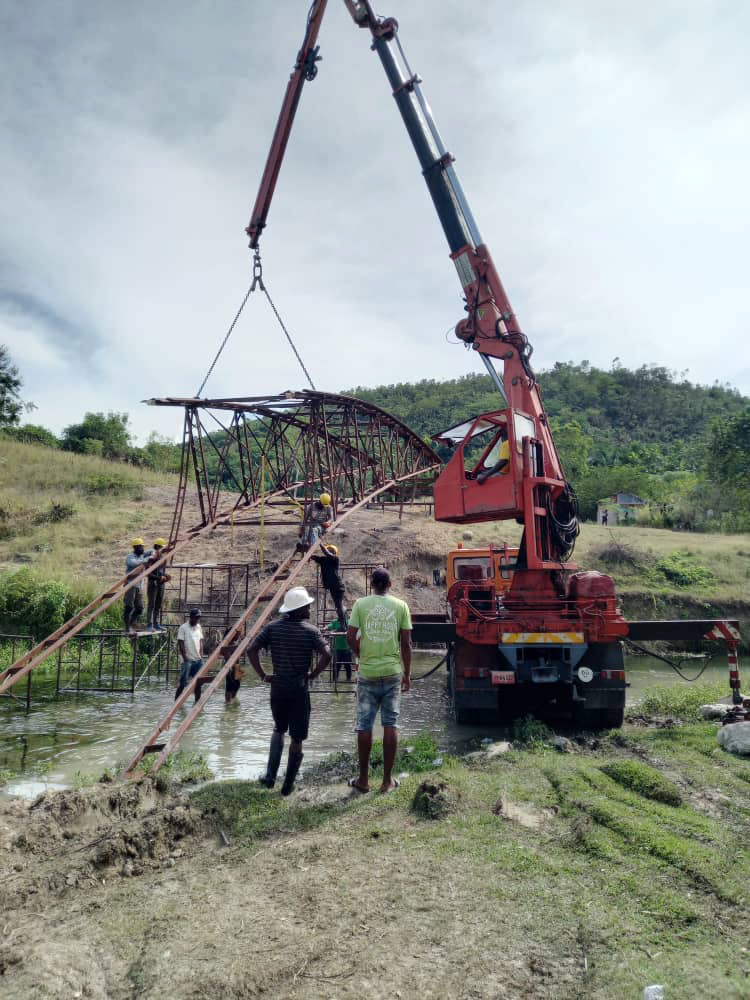 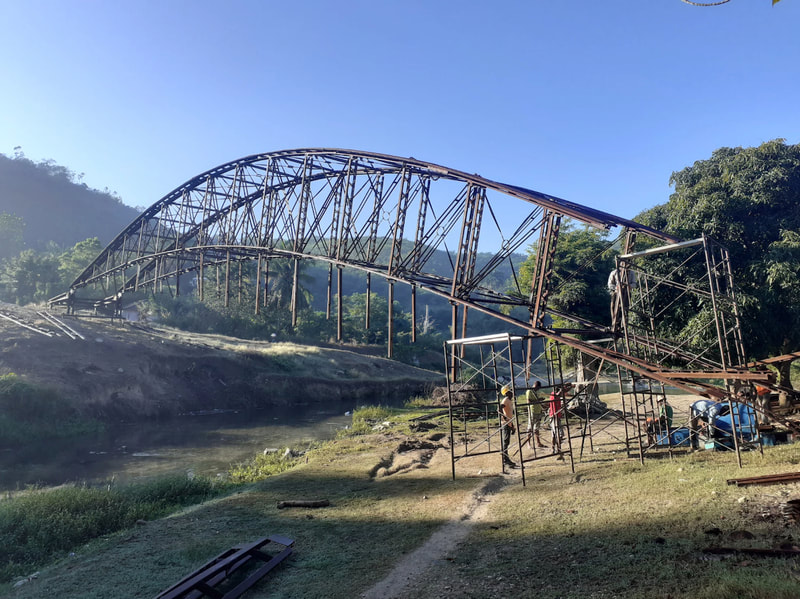 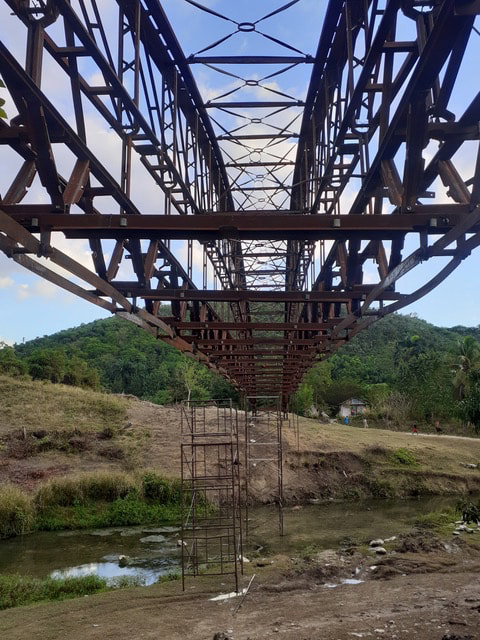 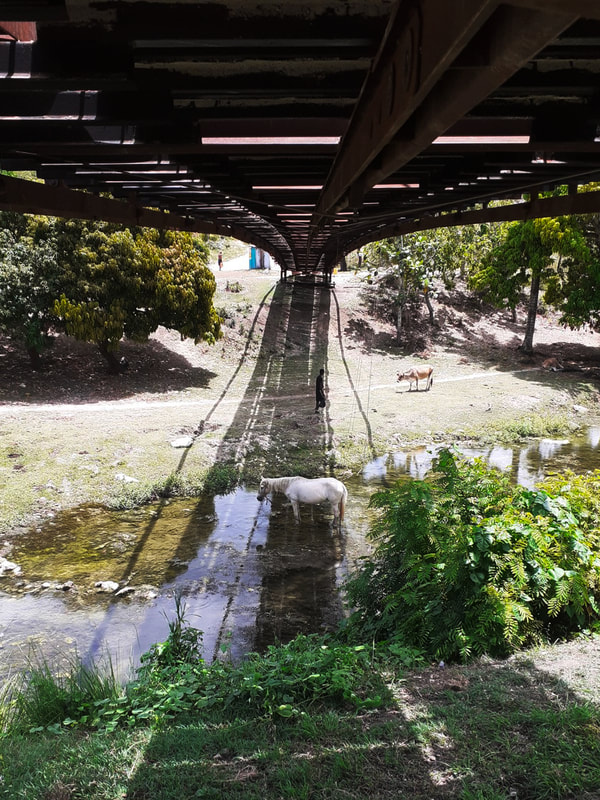 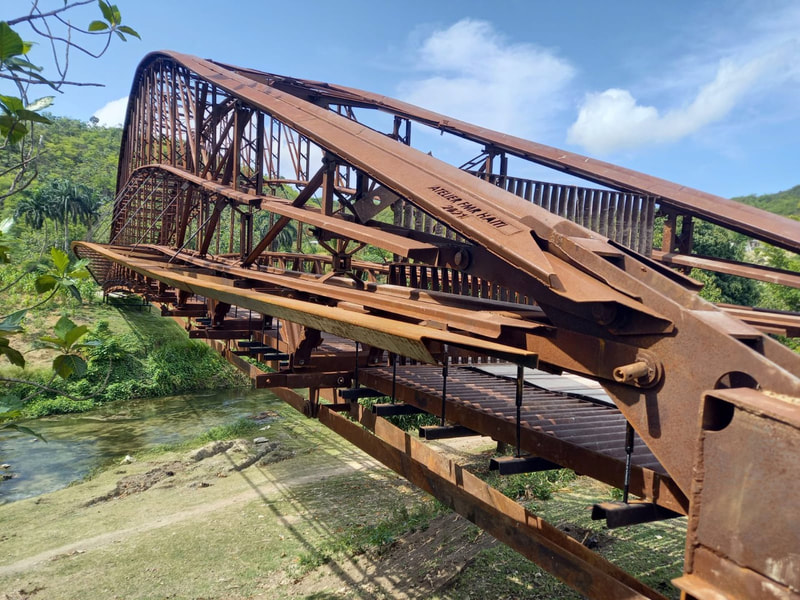 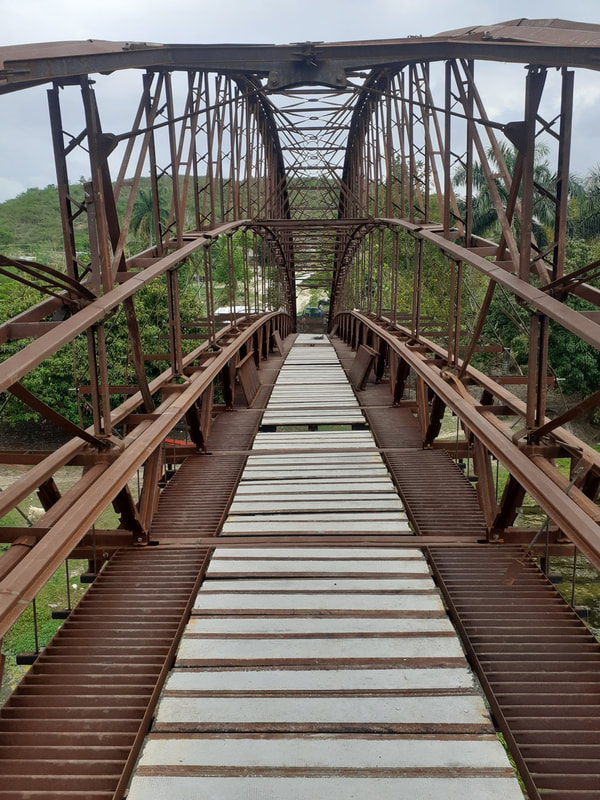